Great day of flying at the field today with many new faces arriving and going out for a look. The field is about 35 to 40 minutes from the Hotel and they took us out with a large tour bus. Though it is a sod farm, much of the grass is quite sparse and very dry. In spite of that it seems to be pretty good for spiking the landings. The area we were flying from was on the Eastern edge of the Sid and with the westerly blowing we spent a lot of time flying over a ploughed paddock between the sod and a fairly decent sized dam. The dam being directly downwind for the prevailing breeze will definitely be in play.
You know what happens when there is water in play….. It got played with – as an Xplorer Superlight tested its submarining ability. (She passed with flying colors by the way.) The wind was blowing at 15 to 25 mph at times. The Japanese had a bungee set up as did the Australians and Tom and I were hand launching and bungeeing trying to get out which took the models quickly deep over the lake and sometimes not all that high. I had “chickened out” on my thermal and went to the right of the lake to outland beside it but Tom went deeper with his 3.5 X and when he began home it was clear that he would land out too. As it happened he misjudged how far we were away and the model took a dip at speed with a big splash, but rose and floated and was retrieved from the far shore a little wet but otherwise no worries. Tom dried it out and flew it later!
The air was super difficult early at 9:00 until around 11:00am with a strong wind up high and very fast moving thermals. I tried the brass ballast in the X2 and it was really not enough. Around noon it had calmed somewhat to the point where we could fly unballasted if we wanted but the air was much more active and the thermals sometimes very strong. Some soaring birds appeared with a very large blender of a type of wading bird like an Ibis showing a huge piece of lift as they fast corkscrewed toward the East. We also saw a few more large groups of some type of buzzard marking other large thermals.
The conditions changed quickly again during the afternoon with a fair amount of cumulus clouds building to hide the sun for lengthy periods and it actually got quite cool by around 2:30pm – 3:00pm with the active air much harder to find. A lot of launching and landing was done as we practiced the landing task with hand throws back to the spot.
The bus had brought out another large group of pilots and helpers about 1:30pm so the practice area was getting a little busy. By 3:00pm we had 3 of TeamUSA towers there with Mark Browning and Frankie Burnoski arriving to join Chris Keller who had come with Tom and I in the morning. Daryl had been there most of the day and Paul and Tristan arrived with the bus to do some practice also.
It was a productive day in as much as we had the opportunity to test the very variable conditions and realize that with this wind ballast provision was going to be an absolute must. We have some work to do on Dillons models tonight as we don’t have the ballast set up as we should yet.
Time to go for dinner. 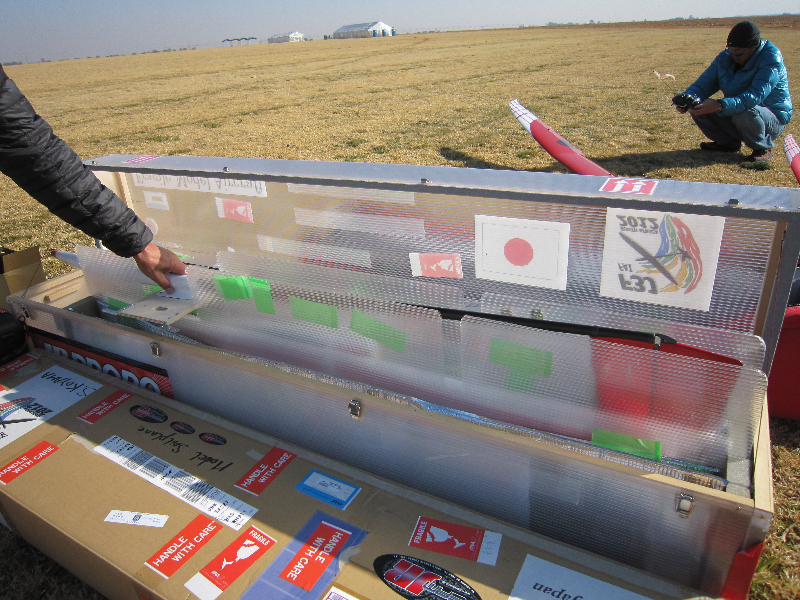 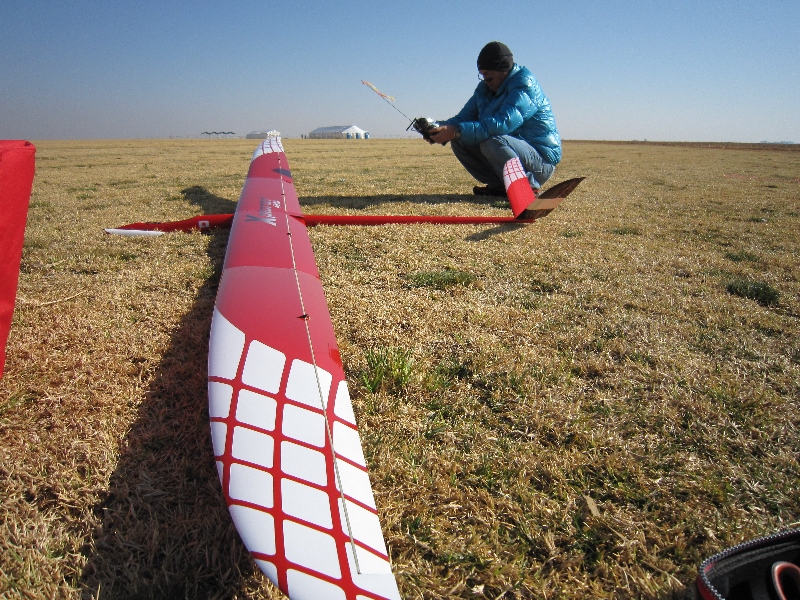 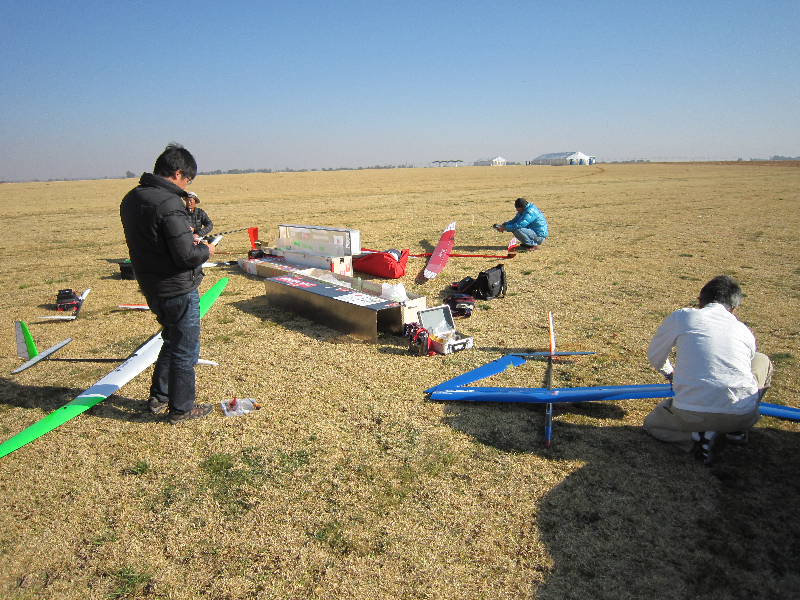 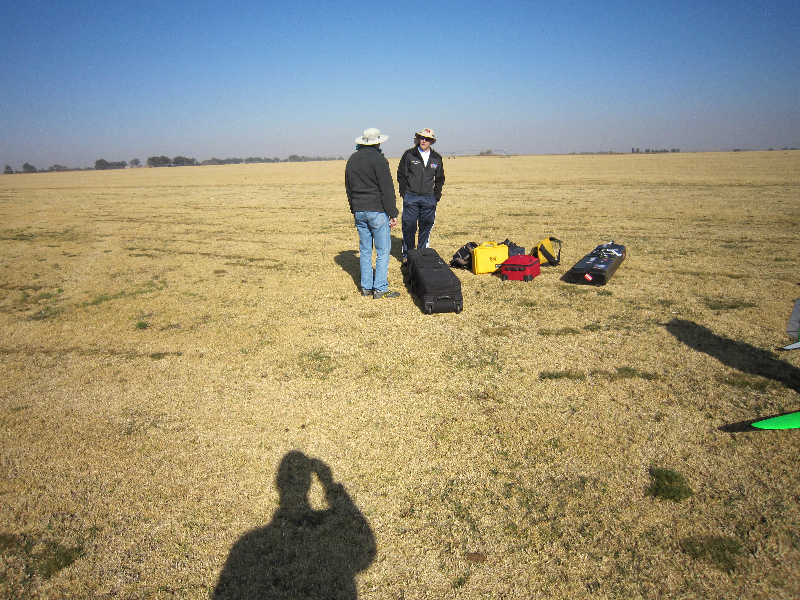 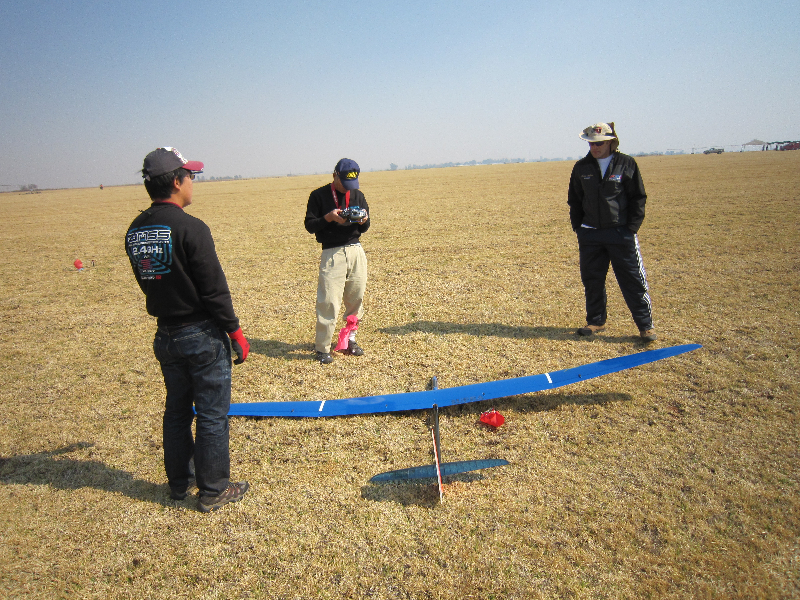 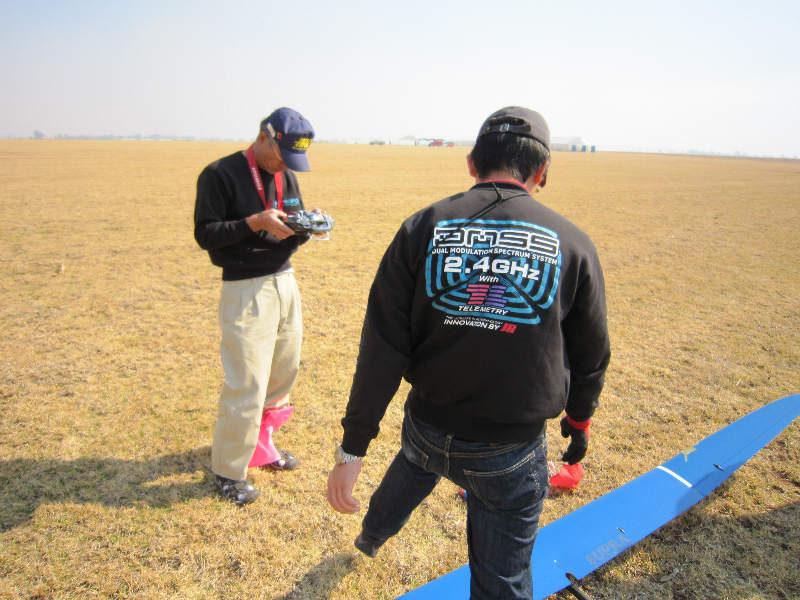 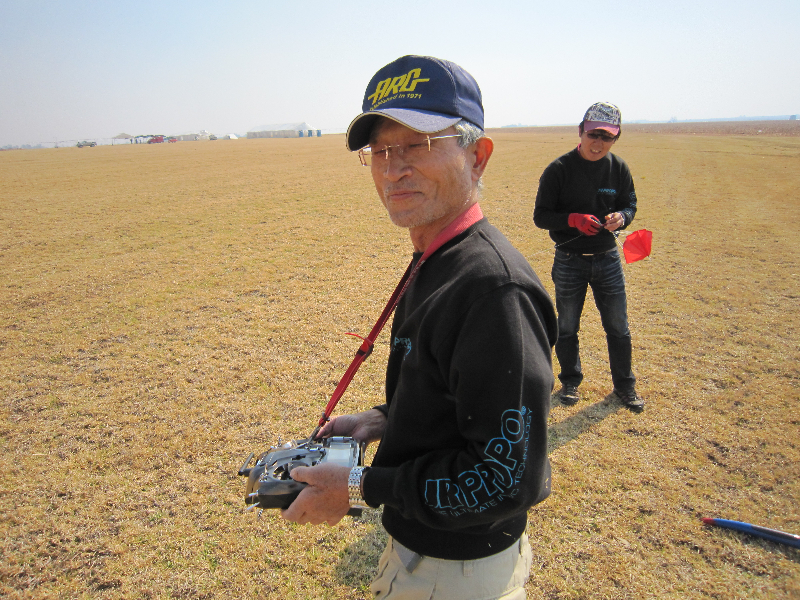 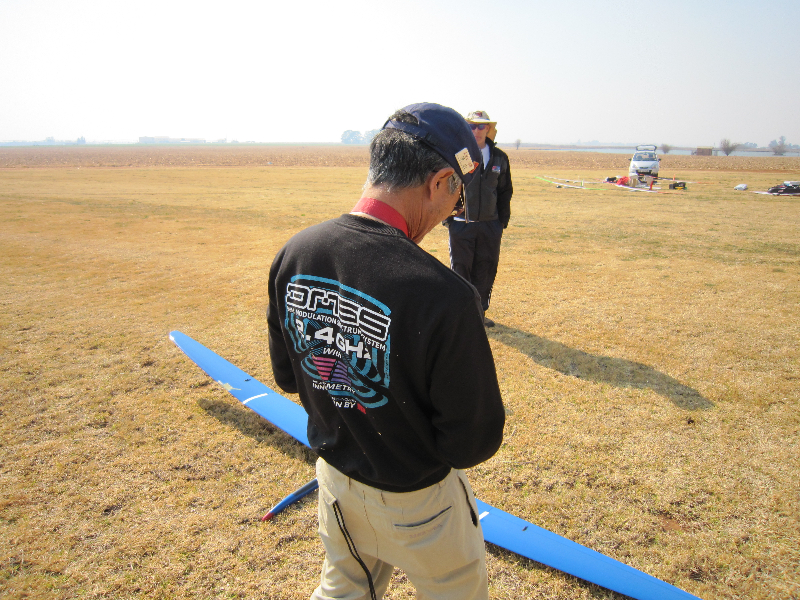 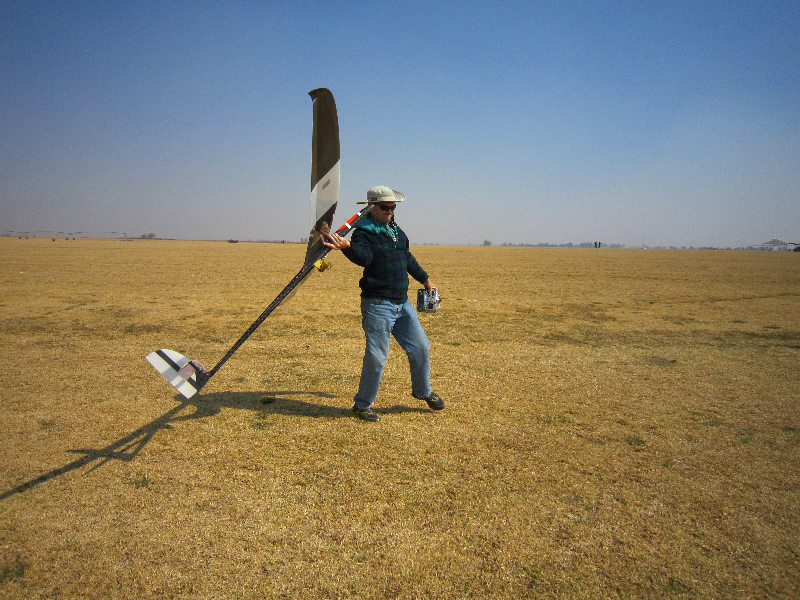 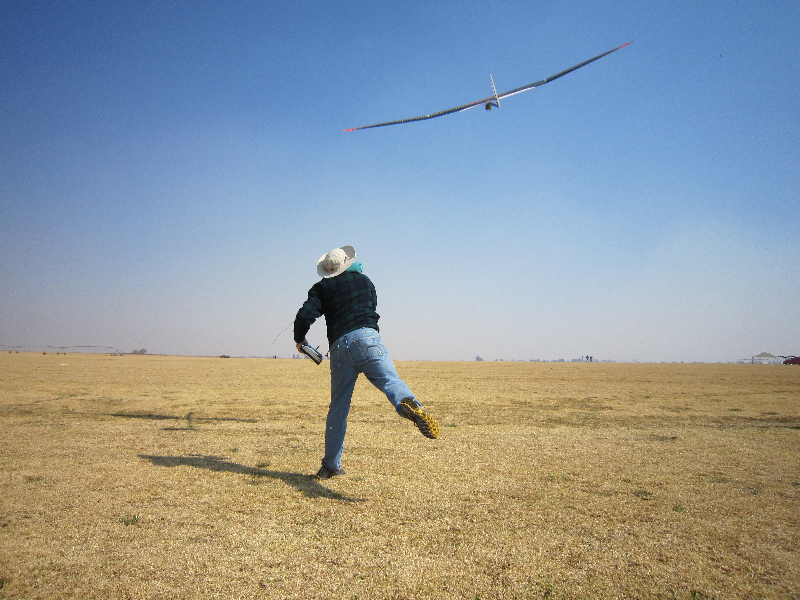 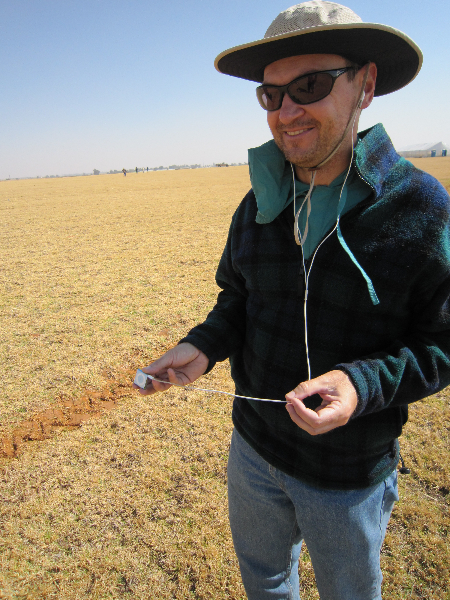 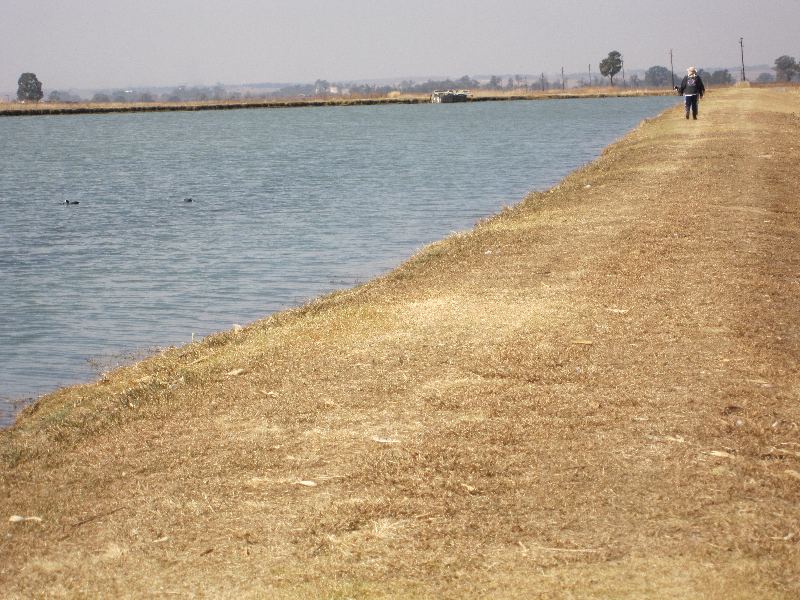 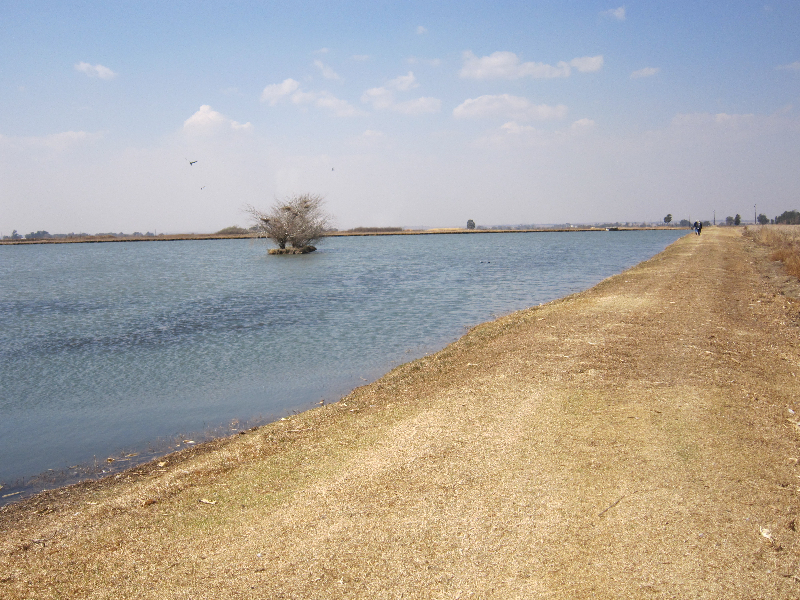 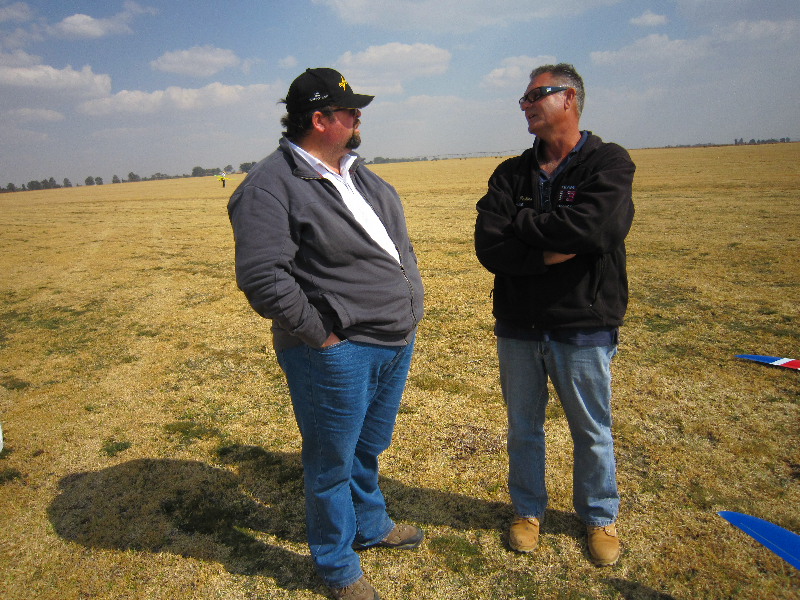 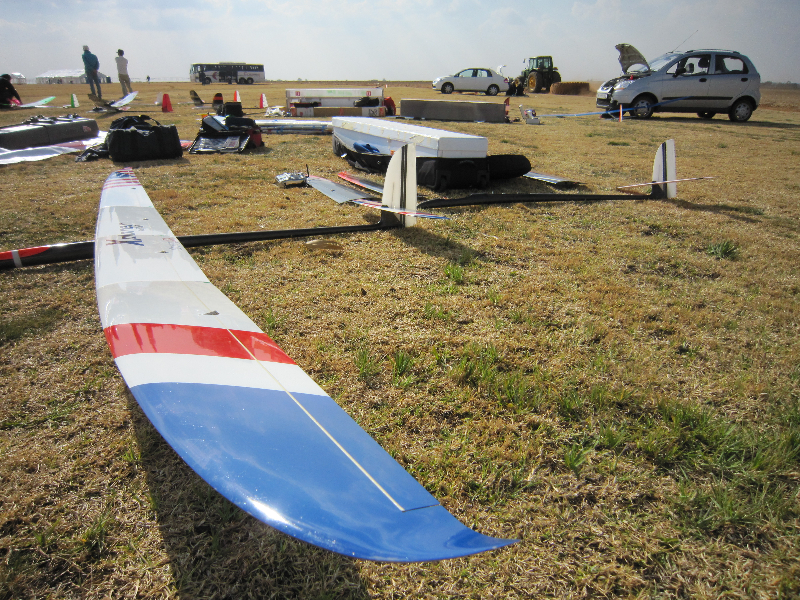 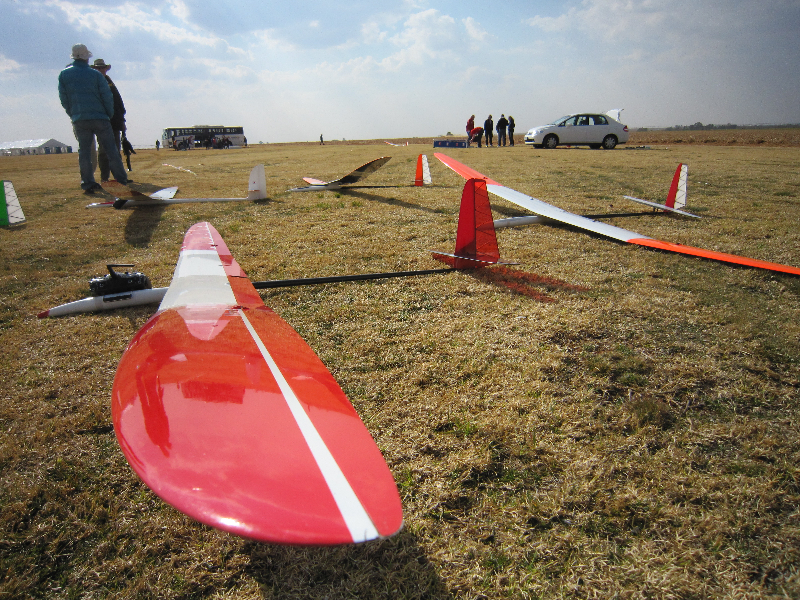 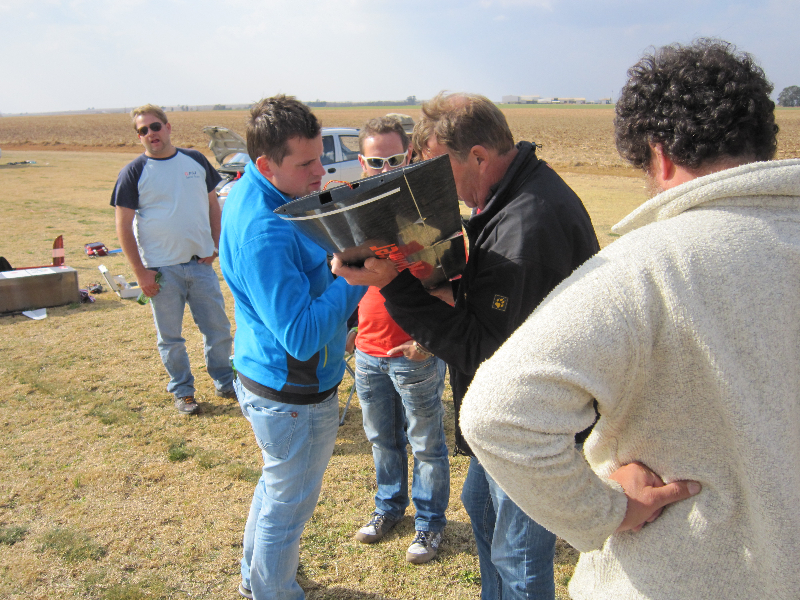 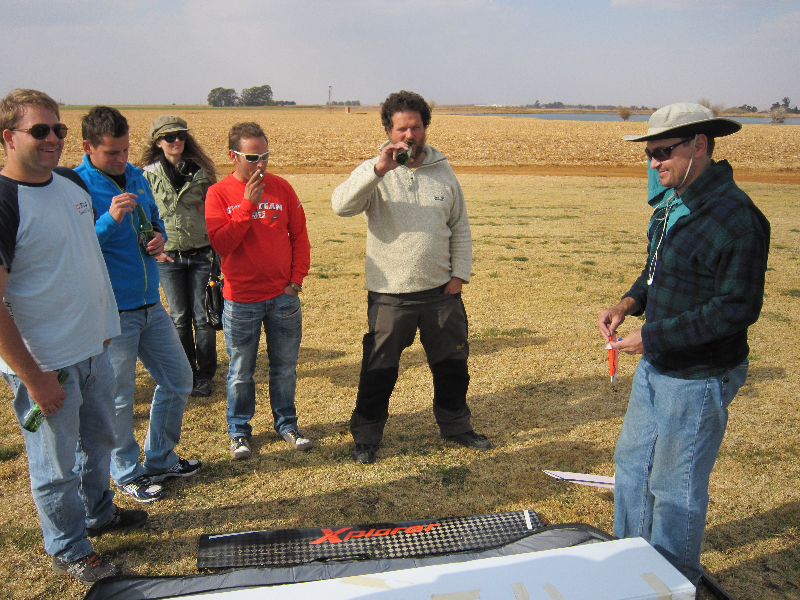 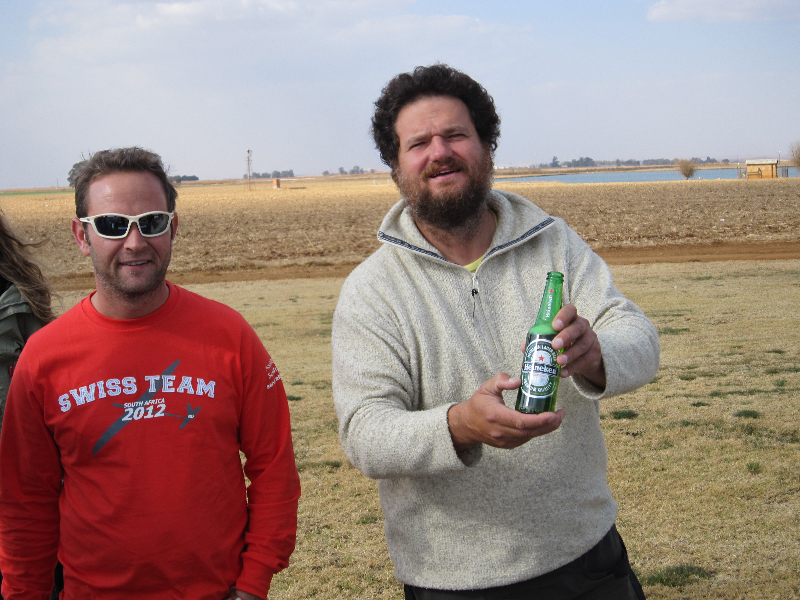 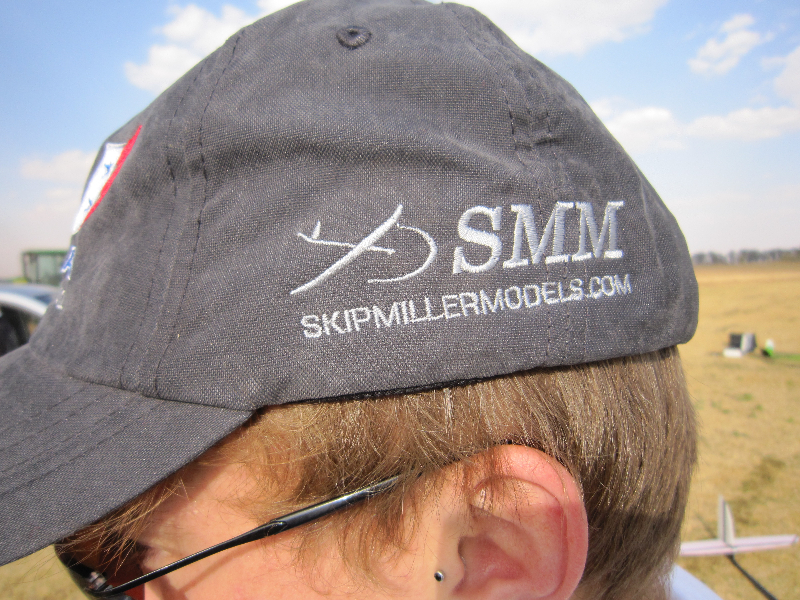 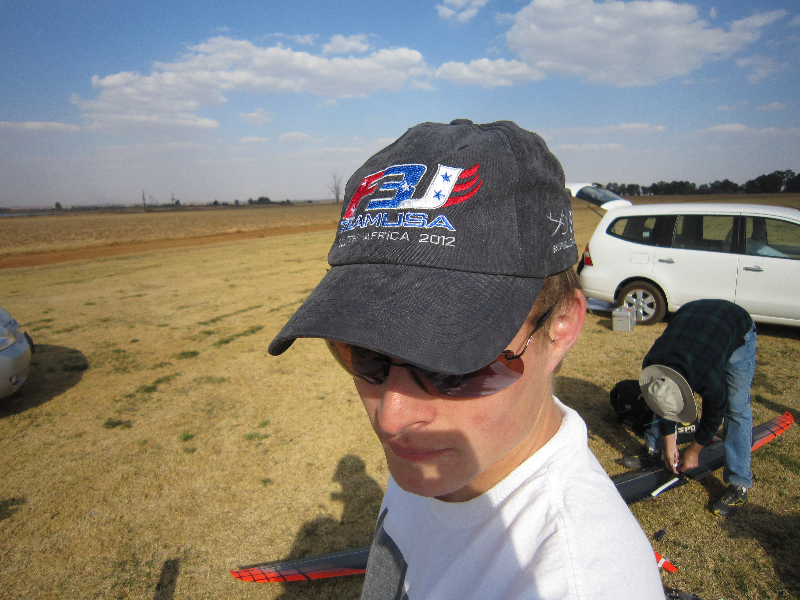 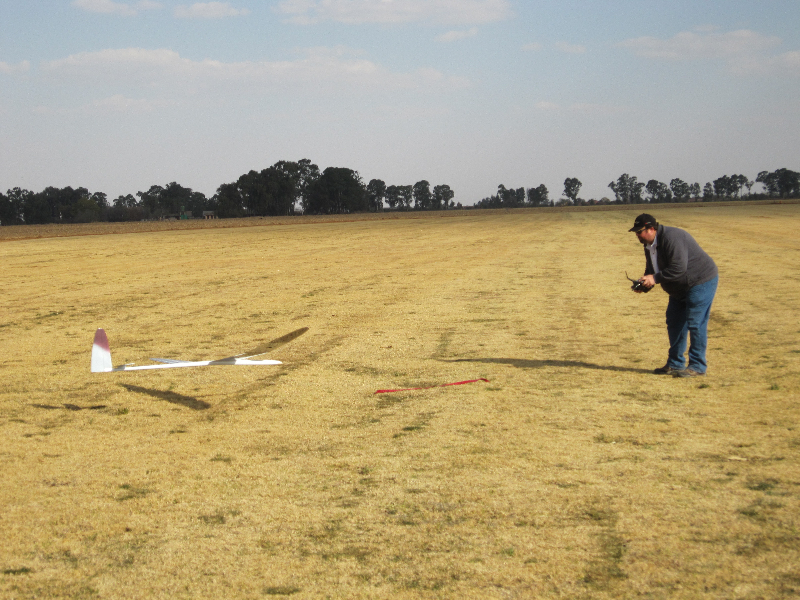 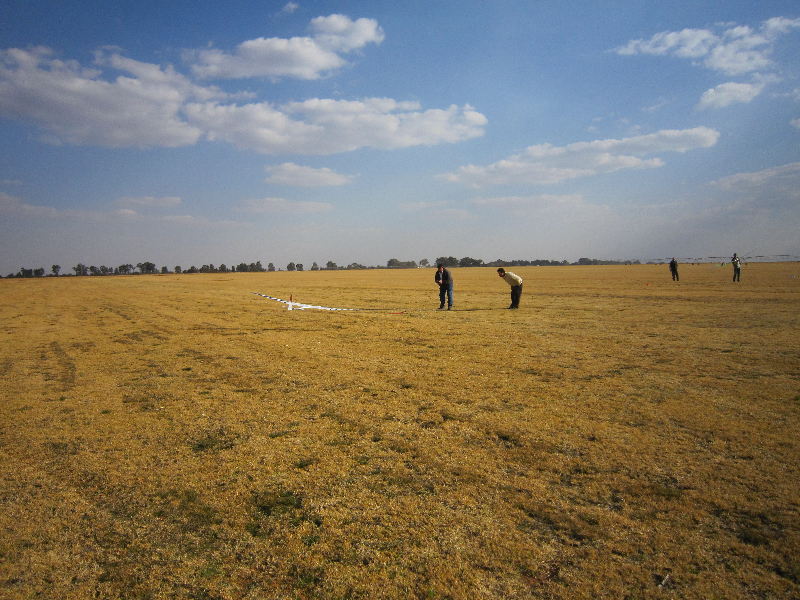 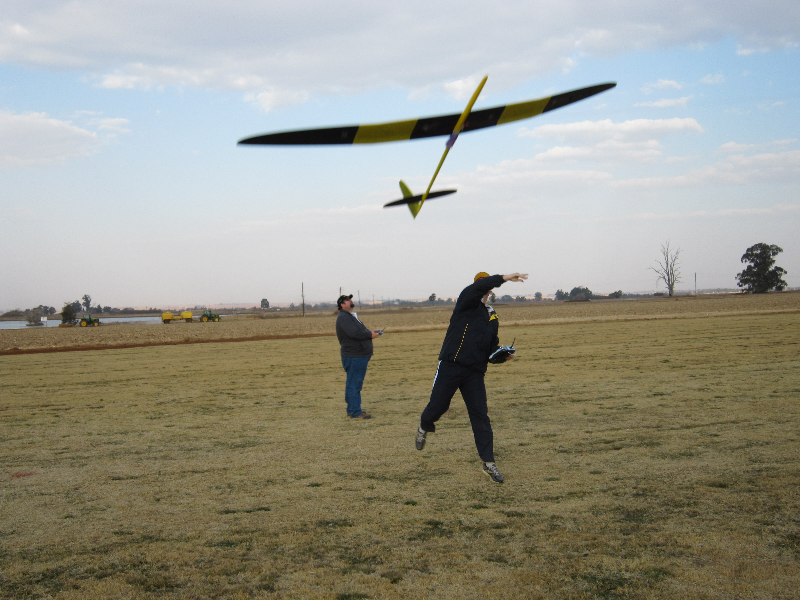 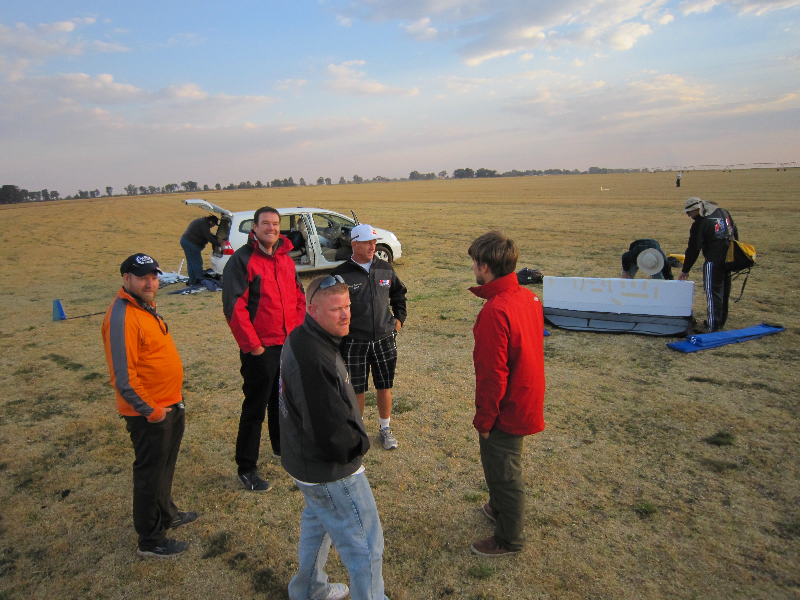