The day started well with fairly high scattered cloud veiling half the sky.

Evrn though it was daylight at 5:30am the sun can not be seen until after 8am as it is behind the huge mountain to the east. The lift on the field was very generous with little wind but easy reads in all directions as the draws to each thermal would have us launching often downwind or crosswind from either side.

Some of the larger thermals created a good 12mph plus breeze which allowed us to thoroughly tested the adjacent treeline. Both Noah and Stoil found the treeline  an easy ride to hang and wait for the next bump and then take it out a long way downwind. The lift was often very strong and as others have reported the sink equally strong. About 11:00 a storm brewed to the south west and shut our flying down but not before the tow team made a bunch of launches to final trim some of the models. Jim, Daryl and Noah got a few tow launches in but now we are all sitting  around  watching the rain fall. 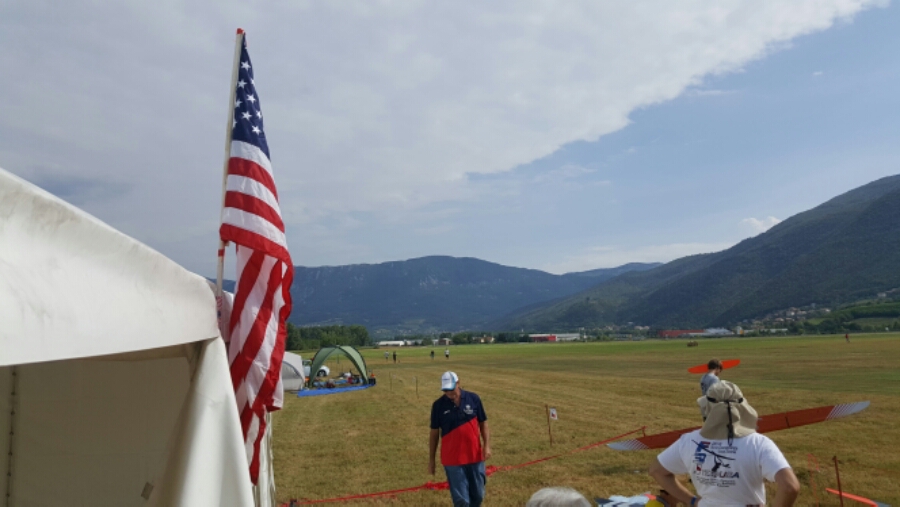 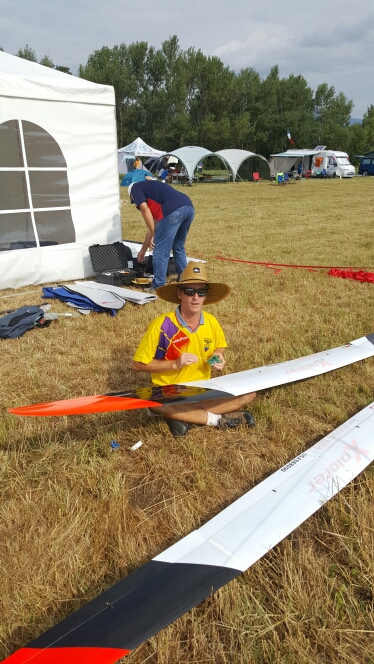 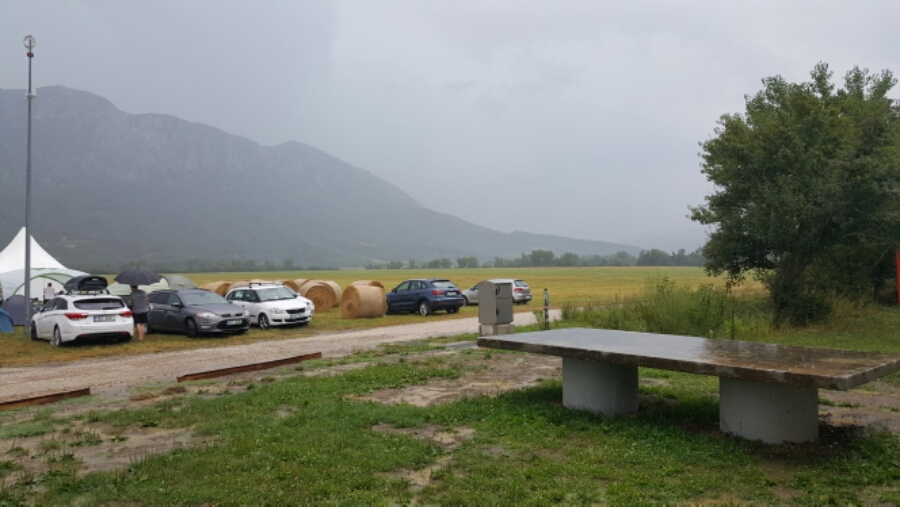 While it’s raining we are looking for a local Burger King.

No BK here but a local Pizzeria made us 13 absolutely huge Burgers for 4 Euros each. They were so big they were almost more than you could eat. 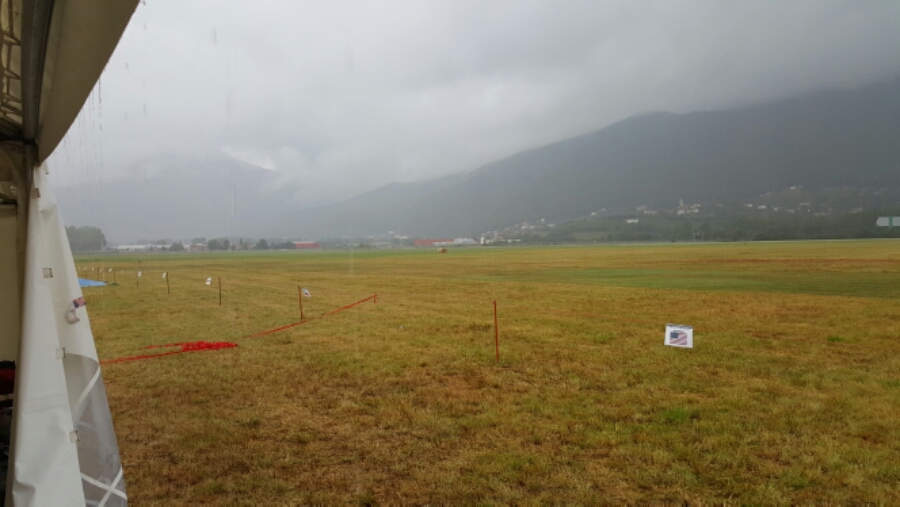 Just after we returned with lunch the rain had eased somewhat as the dark clouds disappeared to the north east.

Oddly enough by half hour later the clouds were returning from the North and it started to rain again heavier than before. The weather and particularly the wind direction here is quite weird as it changes back and forth through the day. 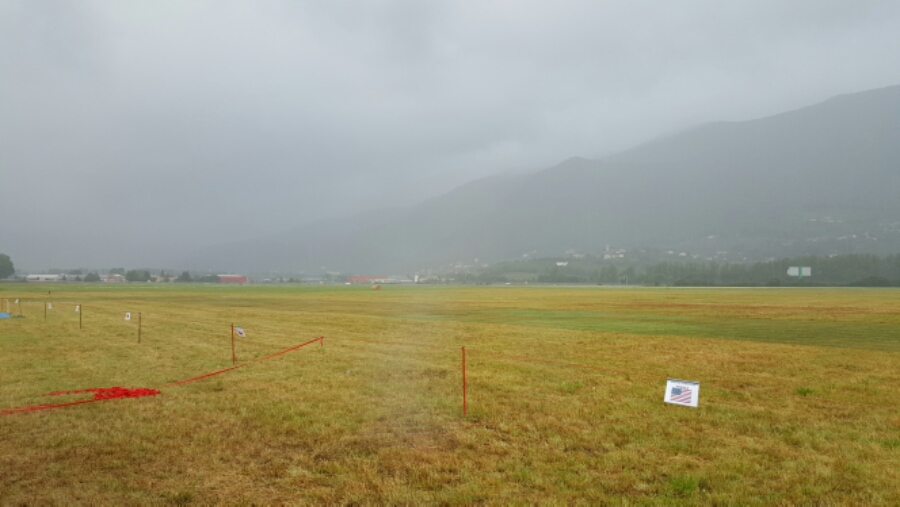 The rain finally did clear to the North but not before the outflow from the storm created a few more small showers arriving on the field from the same direction as the storm went. Quite weird to see rain returning up the valley after it had just left heading down the valley?????

The remainder of the afternoon the Towers Chris and Dave worked hard launching models as each pilot worked on their setups.

The air in the afternoon was very bouyant with lift in all corner of the field.

Though we had so many delays we accomplished pretty much everything we had planned for his one practice day. Tomorrow is first Day of the Pre contest The Slovenia Cup.