Day 1 began with a forecast of rain and some wind. The forecast fell way short of the truth as we arrived at the field and the wind was literally screaming across the valley from the mountain and the tents with our models inside were already disintegrating with parts of tents missing and the remaining ones lifting off.

Out team quickly removed models to the safety of the vehicles while I began gathering the red strapping marking the field and anchoring the tents forward. With the help of many hands we double anchored the tents into the wind driving 4 foot rebar stakes with big tow guys wielding big hammers.

During this period the roof of another tent on the other side blew away and campers were seen rolling hay bales across to anchor down tents. 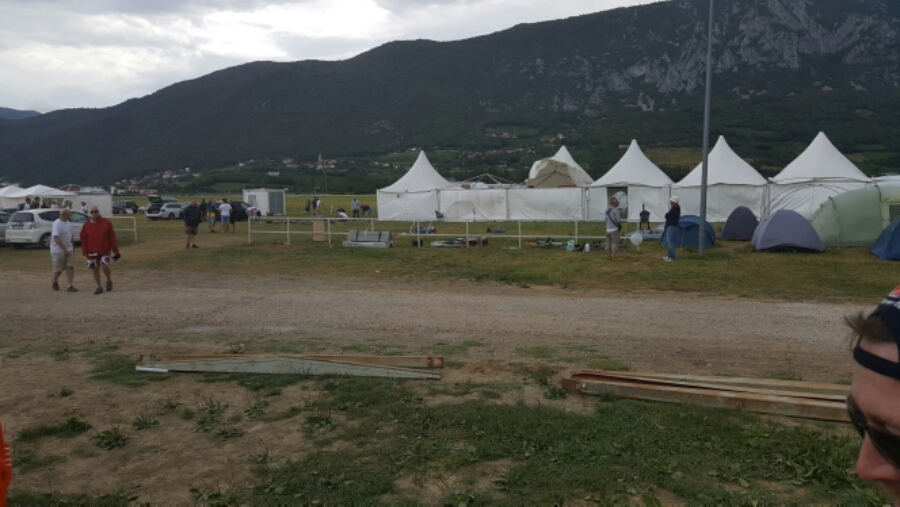 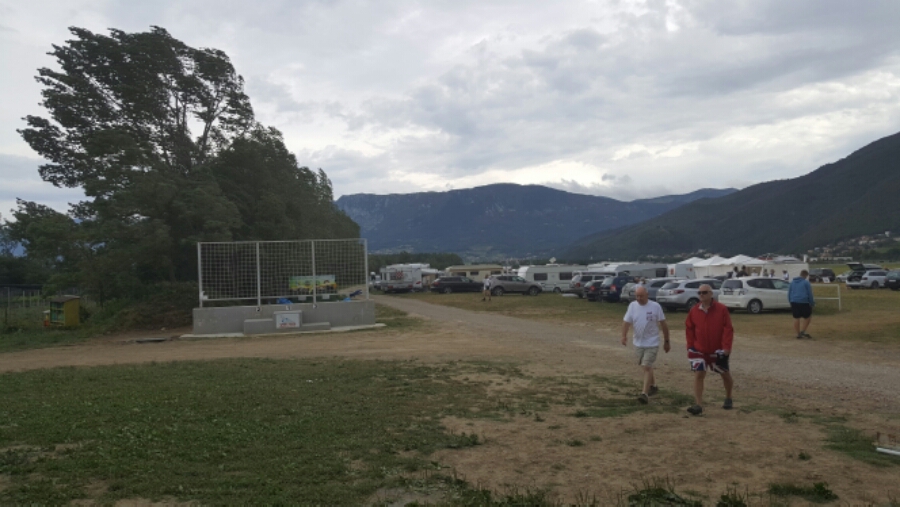 This area has many concrete tile roofs on homes and many rocks are piled on home roofs. Now we know why. 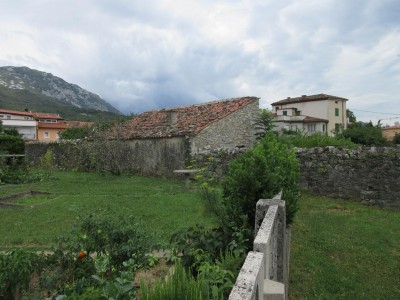 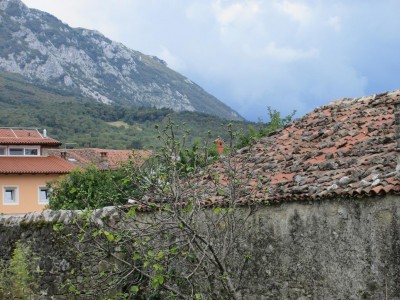 Sotir Lazarkov had just informed us that today flying is cancelled and we will try again tomorrow. We have a Team Managers meeting at 9.

They told us at the Meeting that yes there will be no WC flying today.
Some brave souls have begun flying an F3B model along the treeline and this went well for a few flights until he tried a turn downwind and in an instant the model was gone. Another was flown shortly later but it too became perilously close to extinction before it was broken upon landing. Dave Kalamen flew his kite on a pair of mono lines scavenged from the trash. On first launch it careered sideways and took out the German Team Manager knocking him over. He was a little shaken but was OK. Dave had a good time controlling the kite and entertaining the others as he fell down numerous times trying to save it in winds that were literally 40mph often.
We finally secured all the model aircraft and went back to the Hotel to relax and prepare for the big day tomorrow.